Podmore are dried, naturally dead bees. They are not easy to collect. After all - what is easy to collect from bees? Summer bees live only a few days, so there are theoretically many dead bees. But they know when their moments come and die in the wild. Those who "miss their last" flight and die in a hive are quickly expelled from it. That's why you will not find the dead summer bees in the hive. Winter bees found in the hive are not suitable for all products from the podmore.

Chitosan activates pure wound healing without scarring. It has hemostatic and analgesic effects, ...

I just named the known effects of chitosan. This is by far the only active substance in the podmore. 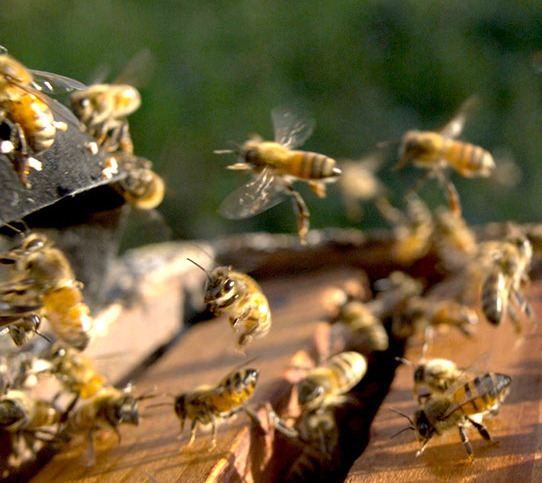 It is believed that chitosan can bind and remove radionuclides and heavy metals from the body. Which explains why in the Chernobyl region of Ukraine it is said that those who use the podmore are still there.

The podmore, which can be unpleasant on a typical Central European, is a mixture of all bee products - poison, honey, royal jelly, propolis, wax, enriched with chitosan and probably other elements and compounds. bee enzymes. It contains a large amount of lysozyme enzyme which, due to its ability to disrupt / dissolve the bacterial wall, has strong antibacterial effects. In cosmetics it is used for skin rejuvenation, for hair growth and also for weight loss.

It stimulates immunity, stabilizes pressure, cleanses the intestines - according to the famous apiterapeut - literally like a scraper. It refreshes the appetite. It restores disturbed metabolism functions, thus becoming an effective treatment and prevention of diabetes. Excellent for burns, accelerates wound healing and stops bleeding.

Tincture, ointment, decoction, oil, etc. are made from underwater ... But it is also used in the raw state - internally and externally. They make wraps, swallow for cleansing the intestines, ...