Apitherapy is a medical field that uses the effects of bees and their products to the human organism.

People and bees have met since time immemorial. The oldest surviving references to apiculture date back to 16,000 years ago in paintings in the Aran Caves in Spain.

People have soon noticed that bee honey is not just a very tasty food, so they began to use its curative, healing and preserving effects.

I think it is likely that the honey pickers slowly and involuntarily found the other effects of apitherapy on their own skin. However, it can not be ruled out that the old healers / shamans saw this and knew it.

Since the millennium ago, we have records of the use of bees from both Egypt and China. From the chronicles we know that in Europe in the 12th century by bee poison they cured Charles the Great. In the 17th century, Ivan Hrozný's rheumatism was treated by beehives. 17th-century travel books prove the use of bee products by North American Indians. But in Europe (except in the eastern regions), the dark powers of the Middle Ages tried to burn all natural scientists, so Europe, when Arab and Chinese doctors were operating, went back to the Stone Age. In fact, about a hundred years ago, our medicine was healing through veins. Apitherapy had to wait for its rediscovery for hundreds of years.

A reappearant and founder of modern apitherapy in our culture was Dr. Philippe Tarc. He was born in Prapisty in Domažlice to a German father and a Czech mother as a citizen of the Austrian Empire. He graduated from Gymnasium as well as from medical school in Vienna. After practicing at the Vienna Surgical Clinic, he settled as an ophthalmologist at the then Austrian, now Maribor, Slovenia.

He suffered from a rheumatism of his hand, and once the bees hauled him, he noticed that the rheumatic pains receded and the hand was getting better.

Bee stings began to test for their patients, and 650 of them improved at 593. He began to devote this method more, and the result was his basic work "The Bee Sting Relationship to Rheumatism" in 1888.

In honor of the date of his birth - March 30, 1844 - the World Apitherapy Society declared World March Apiterapie on March 30.

Apitherapy, as mentioned above, is a very old discipline and not taken everywhere. Therefore, we are not only redeployed, but we can draw knowledge from areas where apiterherapy is perceived as an effective healing method. These are mainly Romania, Russia, Ukraine and China. In the 1970s, Czechoslovakia was among those countries. 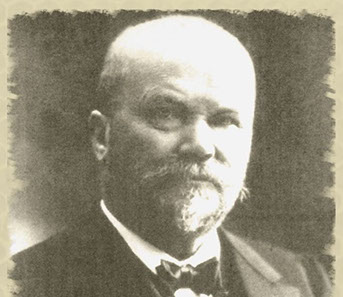