Bee venom is the flagship of apitherapy. Most drugs are poisons. Just do not realize it right away. Poison is applied either directly by sting or by a mastic. The ultrasound has an excellent effect on the mask. There are also bioresonants that just stick to the affected areas.

Bee venom has a high antibacterial ability, eliminates some strains of viruses, investigates its cytostatic properties. It has a high healing effect, it dampens the pain.

Bee venom can also restore tissues that until recently were thought to be non-renewable. They are mainly joints of the joints - incl. cartilage. Bee poison can help with arthritis. Excellent effects are on the tennis elbow.

He can force the body to restore nerve myelin capsules. Therefore, bee poison can greatly help people affected by multiple sclerosis. But it is a long and painful procedure. And it's not enough to use poison itself.

Bee's poison is in the body for a long time - about a month and a half. Procedures are often done in several batches where there is a monthly pause between the series. The effects of poison, however, is quickly destroyed by alcohol. Drinking alcohol after application of bee venom can even trigger a strong allergic reaction in people who are not allergic.

A bee can filter out most of the dangerous substances and poisons that humans are releasing into nature so they do not get honey. These substances, on the other hand, get into a venom pouch. Therefore, it is better to go for apitherapy to farming and industrially unused areas. Ideally mountains or protected areas.

As for the danger of poison. It would not well underestimate it, but the statistical probability that you will die from bee, wasp, or hornbeam poisoning is twice as low as getting hit by lightning bolt.

Bee poison is excellent in cosmetics. The scars disappear after it, the surface veins, varicose veins, ...

However, it is not advisable to play with poison bees. Apiterapeut will not take advantage of many other areas without excellent knowledge of physiology, somatology and biochemistry and knowledge. 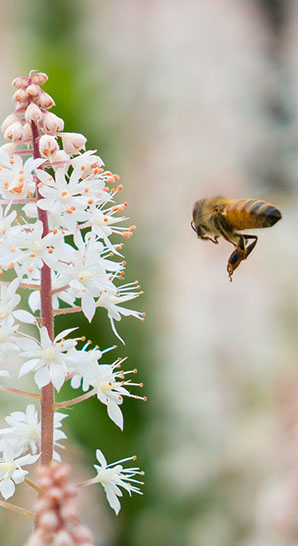 Bee poison is a highly stable substance that quickly crystallizes in the air. It does not matter UV radiation either. Very acidic substance with Ph 5.2-5.4, bitter taste, soluble in water and insoluble in alcohol, in which it precipitates.

Like propolis, bee venom has a complex structure. The main components of the poison are very complex protein substances melitin and apamin. The melitin molecule consists of 26 amino acids, the 16 amino acid molecule. Other toxic and markedly allergic substances are enzymes. E. g. phospholipase A and B. Further sugars - fructose, glucose, minerals,... The main carrier is water, which is about 85% in the poison. It is a study of extremely interesting substance and it is not surprising that the chemists or the biologists try to break it down and examine it. The complexity of the poison is very important.

For easier understanding of poison effects, divide its components into three groups - A, B, and C. One component can be in multiple groups. Group A then causes severe chemical poisoning. This group, mainly melitin, has the task of destroying cell membranes. There is a breakage of tissues. Virtually eruption of individual cells. Red blood cells decompose. This chemical weapon makes room for Group B, a powerful neurotoxin. It is mainly cystine and lipase in poison contained. This can already kill small animals by reacting with his nervous system. Additionally, this group causes the cells to spill into "starch flakes," which make up histamine and acetylcholine. Histamine's poison contains about 2%, but it can cause histamine to be produced in large quantities in the body. Histamine with acetylcholine causes skin redness, pain and burning. At this point, group C comes in. Now melitin together with apamin gives rise to cortisol. There is a heavily healing environment. So the same melitin, which initially tears the cells to pieces, stands at the end for healing processes.

This whole process is then used in apitherapy.

First, the ability to get blood flowing. Extreme blood circulation speeds up metabolic processes and swells of settled dirt in the treated area is relatively rapid. The uric acid crystals dissolve, which is mainly deposited in the joints of the joints. This is caused by gout and similar metabolic disorders. The first sting application dissolves these tofu, diminishes inflammation and pain. Applying after a very painful injection occurs relatively sharply to relief. As noted above, we know that the bee-eater treated both the day and Karel the Great.

Helps with the fibrous apparatus of heavy people - especially athletes. The substance hyalurin (altered hyaluronic acid) provokes the body to form joint lining and cartilage that was previously thought to have no regenerative capacity. But the question is in what condition the joint is already. It can be said that hyaluronic acid acts at the 1st and 2nd degree of arthrosis.

In the Institute of Experimental Medicine in Russia (and some Russian apiterapists in our country) they use complicated doses of bee venom in combination with pergola, honey and diet to treat multiple sclerosis. This procedure demonstrably forces the human body to restore myelin nerve casing. Cases of people returned to life are proven.

His influence on rheumatism is notorious.

For the sake of order, I give an outline of what they are going through for allergies in the case of bee stings.

The response of the organism can be divided into 4 phases:

Everyone is otherwise sensitive and only a few people are going through all stages. Most people only go through the first phase, but it's good to know where this can happen. You can get into a situation where someone else needs help.

Once again, remember the influence of alcohol. There is a known case where a person has forgotten that he should not drink and otherwise tolerate the bee venom excellently, but got to the third stage of the reaction. So be careful about alcohol. 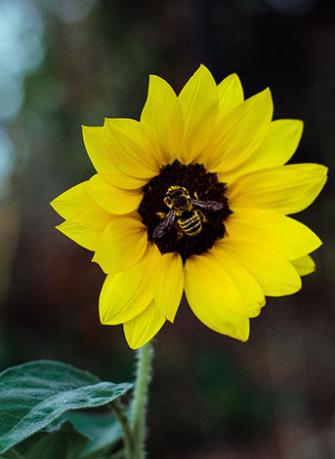