Propolis is a complex substance that bees use as a cement and as a disinfectant cover of the hive and closes all the small slits. They just separate places that they do not control. Larger gaps with wax, smaller propolis. Often both. Propolis also covers all foreign things that come into the hive and what they can not bring out. Bees cover with propolis even dead mouse so the hive will not be infected. Propolis is so perfect that no odor or infection escapes from the corpse. Propolis has also been used for these effects for body embalming in ancient Egypt.

Propolis covers a whole range of dangerous bacteria and viruses. It is effective even on gold staphylococcus - MRSA. It cleans molds and aspergils. It has antidepressant, healing, anesthetic, ...

Propolis is used in treatments with a maximum length of one month. Then it must be dropped for at least a month.

If you take propolis as a supportive remedy for antibiotics, you need to immediately reduce the dose of antibiotics.

Propolis interferes with metal and light. It can be stored in warm, but not in the light. 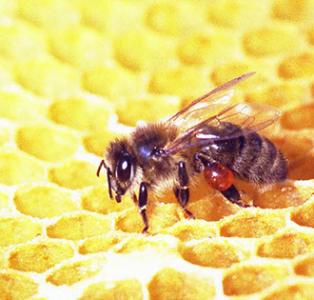 Propolis is a substance based on natural resins, supplemented with excretion of the bee glands. It consists of flavonoids, phenolic acids and their esters, waxes, resins, balsams and essential oils.

For the example of how complicated it is, I am giving information from the Bratislava Pharmaceutical Faculty, which is the world's leading research site for propolis:

"The investigated substances we can roughly describe and sometimes know what they can do is in propolis 160-180.

Those we know that there are, but we still know nothing about them on the scientific side are about 360.

And according to chemical theories and chromatograph records there will be about another 500 substances there. "

Propolis is an extremely antiseptic, bacteriocidal, antimycotic, virostatic agent for some types of viruses - for example, herpes zoster. It eliminates streptococcus, staphylococcus, MRS, mold and aspergillus. It acts as a local anesthetic, is slightly sedative and has antidepressant effects. Closes the wounds with a strong granulation effect. It eliminates staphylococcal infection, an infection that is mmj. contributes to the formation of cellulite. Propolis, by blocking this infection and at the same time having the anti-granulation effect of fatty tissue, significantly slows down the cellulite.

It increases cellular immunity, improves the tone of intercellular bonds. It partially penetrates into the CNS, where it affects some amino acid movements that can be established.

It's radioprotective. Experiments on laboratory mice have shown the ability to block gamma radiation. It can absorb a significant amount of X-rays. Scientists, according to my information, have no idea why.

It has a vitalizing effect and starts the immune system very well.

Several well-known compounds we know are in propolis and we know what they are doing there, namely:

Propolis is used in many forms. Powder propolis, propolis ointment, water infusion, ... and the most popular propolis tincture. Propolis is soluble in alcohol and water, but not all propolis substances contained are dissolved in alcohol and not all in water. Therefore, the water infusion does not act just like propolis tincture and propolis ointment is different from both. For alcohol maceration, alcohol concentration and maceration time are important. Very strong alcohol can be produced with a very effective tincture, but can not be used for example for children or sensitive skin. That's why it's good to know what you're going to use for tincture.

You should always have a bottle of propolis tincture. You will treat her every minor injury, haze, burn, hurtful blow and sunburn. For burns from the sun and classical burns, propolis tincture is created. It also works on warts. Drinking and stinking propolis with water is excellent for influenza and inflammation of the airways. The rinse of the mouth greatly calms the gums, affects the inflammation and can suppress even the paradentosis.